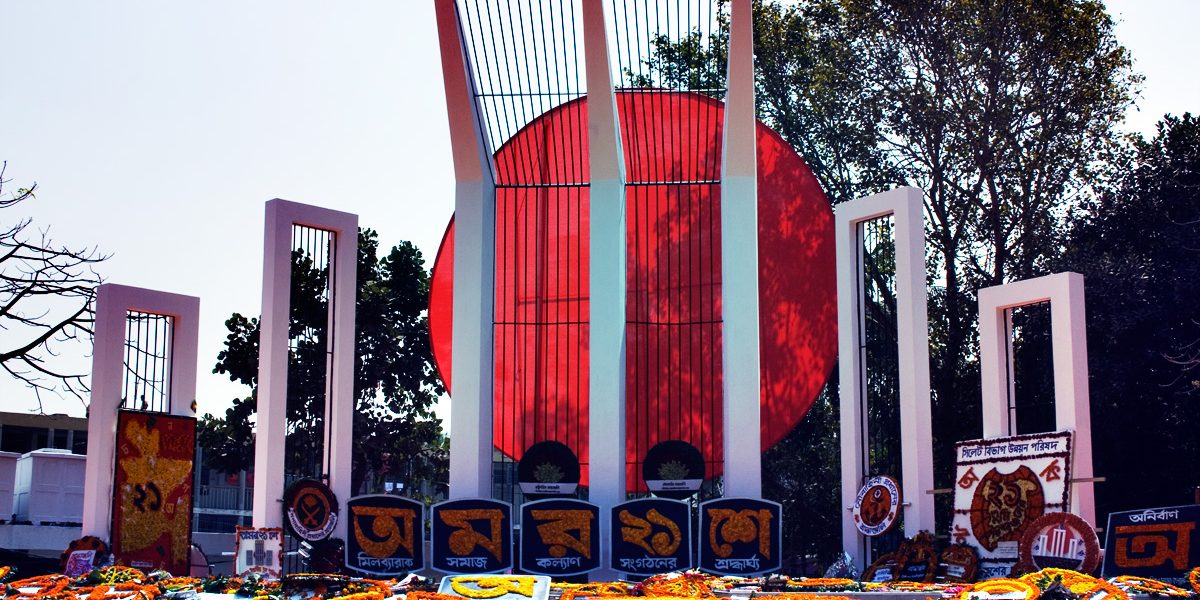 21 February was declared to be the International Mother Language Day by UNESCO in 1999. It has been observed throughout the world since 21 February 2000. The declaration came up in tribute to the Language Movement done by the Bangladeshis (then the East Pakistanis).

To demolish the protest, the government of Pakistan outlawed public meeting and rallies. The students of the University of Dhaka, with the support of the general public, arranged massive rallies and meetings. On 21 February 1952, police opened fire on rallies. Salam, Barkat, Rafiq, Jabbar and Shafiur died, with hundreds of others injured. This is a rare incident in history, where people sacrificed their lives for their mother tongue.

Since then Bangladeshis celebrate the International Mother Language Day as one of their tragic days. They visit the Shaheed Minar, a monument built in memory of the martyrs and its replicas to express their deep sorrow, respect and gratefulness to them.